(Photo: Astro Alex/Wikimedia Commons)
We’re already aware of the consequences of unmitigated carbon emissions, particularly as they relate to climate change here on Earth. But according to two new studies, greenhouse gas buildup affects more than just our immediate surroundings. Researchers have found that rising carbon dioxide levels are causing Earth’s upper atmosphere to contract, which could have serious implications for future space operations.

A team of environmental scientists, atmospheric chemists, and space physicists analyzed data from NASA’s Thermosphere, Ionosphere, Mesosphere Energetics and Dynamics (TIMED) mission, which launched in 2001. The TIMED satellite’s Sounding of the Atmosphere using Broadband Emission Radiometry (SABER) instrument has been gathering insights on atmospheric infrared radiation, or heat, since just a year after launch.

These nearly two decades of insights are what the researchers used to assess how building CO2 levels have impacted the atmosphere over time. 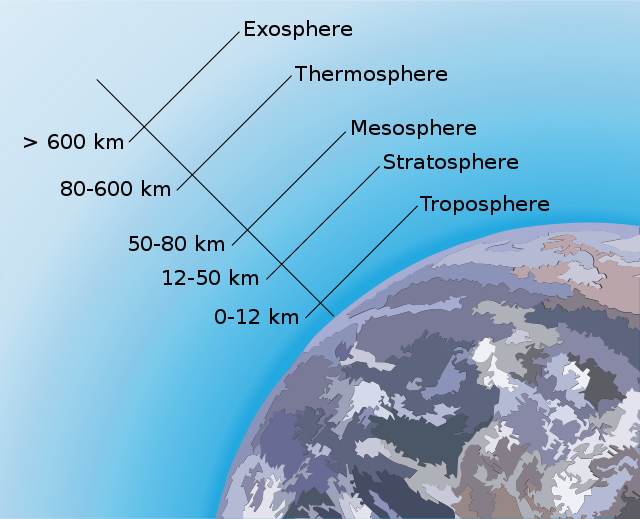 According to the dual studies they in the Journal of Geophysical Research: Atmospheres, the researchers found that Earth’s upper atmosphere is indeed contracting—something scientists have suspected for a while, but that’s been difficult to confirm. In the lower atmosphere, CO2 absorbs and re-emits heat in all directions, creating a warming effect. But in the upper atmosphere, CO2 is allowed to escape into space, resulting in a gradual cooldown instead. This cooling effect causes not only the stratosphere to contract but also the mesosphere and thermosphere (together referred to as the MLT).

The MLT contracted by 1,333 meters in just under 20 years. The researchers estimate that approximately 342 of those were a direct result of CO2 cooling. MLT cooling negatively correlates with atmospheric drag; as the MLT grows colder, atmospheric drag drops. Given atmospheric drag is essential to ships’ and satellites’ ability to deorbit, unabated carbon buildup could end up impacting future (or even current long-term) missions. This includes the increasingly necessary task of .

The team believes CO2-related MLT cooling could affect the larger aerospace industry sooner than we think. “As long as carbon dioxide increases at about the same rate, we can expect these rates of temperature change to stay about constant too,” they write. “It seems likely that ongoing changes in space climate will become important issues in space law, space policy, and in the business of underwriting insurance for endeavors in space.”