(Photo: Zach Vessels/Unsplash)
The dawn of digital media brought with it a new type of crime: piracy. Since the 80s, distributors from record labels to film companies have struggled to keep people from illegally copying media. One of the ways they’ve attempted to make digital pirates think twice is by running anti-piracy campaigns, but these haven’t been particularly effective.

New research from France’s ESSCA School of Management reveals why anti-piracy campaigns have failed to stop or slow digital theft. In a published late last month, economics and management professors Gilles Grolleau and Luc Meunier inspect the commonalities uniting popular (and sometimes infamous) anti-piracy campaigns, then explain why those common threads aren’t as useful as one might think.

One of the professors’ main focus is the “more-is-better heuristic,” or the idea that the more arguments one presents in favor or against something, the more likely it is that their audience will eventually agree. But more arguments don’t always produce a better outcome. Grolleau and Meunier argue that by tacking weaker arguments onto stronger ones, the stronger ones become less effective; the overall statement essentially has diminishing returns. While someone might be sympathetic to the very real risks of malware and criminal or civil penalties, telling them about a pirated movie’s lack of HD options and actors’ personal feelings on digital piracy are actually more likely to deter them from abstaining from piracy than anything else.’ 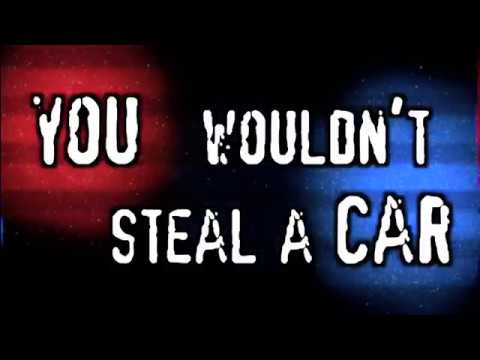 “The most striking example might be the (in)famous ‘You would not steal a car’ awareness video aired in cinemas and on DVDs worldwide during the 2000s,” the professors write, referring to the infinitely meme-able flop of an anti-piracy campaign. “It compared downloading a movie to various forms of stealing, including reasonably relevant ones (stealing a DVD in a store) and somewhat absurd others (stealing handbags, TVs, cars), which diluted down the message.”

Many campaigns lack the context necessary to “convert” their audiences, too. Dry numbers aren’t usually enough to move people out of their comfort zones, as a campaign out of the UK illustrates. Called “Get It Right From a Genuine Site,” the campaign states that the “UK’s creative industry supports around 2.8 million UK jobs each year, contributes about £18 billion in exports around the world, and contributes about £10 million per hour to the UK economy.” But this isn’t something the average person can feel anything about or relate to, so the message falls flat.

It doesn’t help that most digital pirates view their actions as relatively victimless. For example, “stealing” a movie doesn’t actually remove it from the distributor’s possession; it just prevents the distributor from earning the few dollars it would otherwise earn by selling the movie. In a digital pirate’s mind, $4.99 on Apple TV is chump change compared with the millions upon millions sitting in that distributor’s bank account. What’s the harm in watching the film on an illegal streaming site or getting a USB copy from a friend—especially if others do it all the time without consequence?

Going forward, Grolleau and Meunier recommend using a “homo heuristicus” approach when devising anti-piracy campaigns. This approach acknowledges that most people have biased minds that will subconsciously ignore certain information, whether or not that information should be considered reliable or transformative. The solution is to present less information, not more, and to speak to the solutions why someone might pirate media in the first place.