(Image: Mishaal Zahed/Unsplash)
You’d think with how good we already are at cooling buildings and keeping our canned beverages nice and frosty, we wouldn’t be working to improve our refrigeration techniques. According to a group of mechanical and chemical engineers, though, that isn’t the case. There’s quite a bit of progress to be made toward more sustainable cooling—and we might have just taken a significant step in the right direction.

A team of researchers at the Lawrence Berkeley National Laboratory and the University of California, Berkeley have developed a new refrigeration method. Their technique relies on what they call the “ionocaloric cycle,” a riff on the caloric cycle that induces a phase change (like ice melting) in order to cool or heat the surrounding area.

Methods involving the caloric cycle, like magneto- or electrocaloric refrigeration, already exist but require far more space and resources than they’re worth. The scientists from Berkeley, however, have demonstrated that using ions to stimulate solid-to-liquid phase changes creates a more efficient cooling effect.

Outside of refrigeration, this isn’t an entirely new concept. We already use salt—a type of charged ion—to melt ice that would otherwise make roads too dangerous to drive on. The ionocaloric cycle brings this effect to refrigeration by running a current through the cooling system to move the ions within, which changes the material’s melting point. As the material melts, it absorbs heat from its environment, resulting in a temperature shift. When its ions are removed and the material returns back to its solid state, it “gives” that heat back to its surroundings. 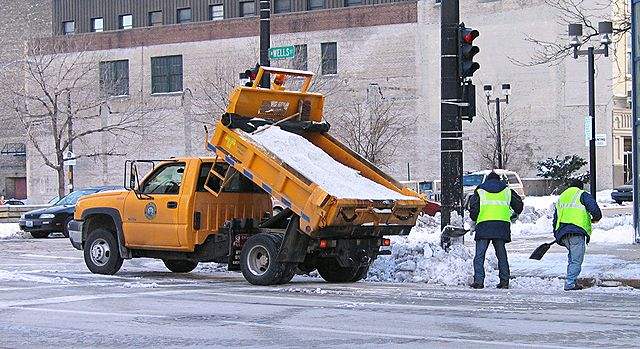 The team the ionocaloric cycle using a salt made with iodine and sodium, which would melt the organic solvent ethylene carbonate. After applying less than a single volt of charge, the researchers measured an impressive 45-degree Fahrenheit (25-degree Celsius) temperature shift, constituting a more significant temperature lift than conventional methods. Now they’re interested in combining the ionocaloric technique with the traditional Stirling refrigeration cycle.

As previously mentioned, our current cooling methods work fine—they just have some pretty nasty side effects. Conventional refrigeration involves removing heat from a space using a gas that cools as it expands. These gasses, many of which are the ​​hydrofluorocarbons (HFCs) by the international Kigali Amendment, are terrible for the environment. In fact, the most common HFC has been shown to fuel climate change 3,790 times as much as carbon dioxide over a 20-year period.

Assuming the Berkeley scientists’ method continues to succeed in future tests, it could help the US shift away from HFCs and other harmful refrigerants. The Senate indicated last year that it’s finally interested in pursuing the actions outlined in the Kigali Amendment that seek to replace HFCs with more sustainable solutions.