In early July it was reported that Intel might be asking TSMC to slow its roll in producing the 3nm GPU tile it needs for Meteor Lake. That tGPU, short for tiled-GPU, will be matched with Intel’s own tiles to create its 14th generation Meteor Lake CPU. This is the company’s first “disaggregated” CPU, or tile-based design. Now there’s a second report stating Intel has asked TSMC to delay production of that tile until late 2023. The reporting indicates this will have a domino effect on TSMC, causing it to slow its 3nm expansion plans.

TSMC has previously announced it was full steam ahead with 3nm production, which is supposed to be taking place in the second half of 2022.

A new report from says TSMC might be softly applying the brakes to those plans, however. It states mass production of the 3nm GPU tile was supposed to occur this year, then was pushed to 1H2023. Now it’s been pushed back even further, to the end of 2023.

If that’s the case, it’ll likely mean Meteor Lake would debut in 2024, almost a year and a half after it launches . That is not the timeline Intel has on , so this is a serious delay. Trendforce says the delay is due to “product design and process verification issues.” However, it isn’t clear if those issues are with TSMC’s node, or Intel’s. As reportedly previously, Intel is using its own Intel 4 process, previously known as 7nm, for the compute and I/O tiles. 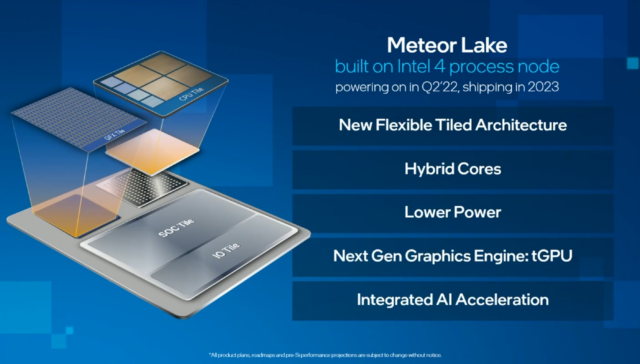 The by DigiTimes stated the delays were due to Intel’s difficulties with its own tiles, not TSMC’s. In response to the latest rumors, TSMC  its 3nm manufacturing is all going according to plan and declined to comment on the business of its customers.

Still, Trendforce says this will have a significant impact on TSMC’s capital expenditure plans going forward. It had originally planned on having as its first 3nm customers. Now it might just be Apple that utilizes its most advanced node. It’s been previously the company would be using it for its M2 Pro and Max SoCs. The article says it will also tap its 3nm node for its 2024 iPhone SoC. 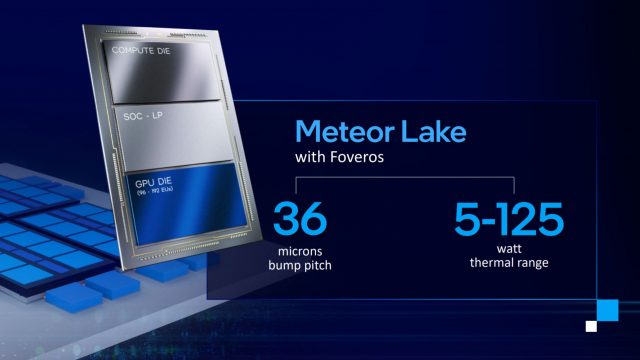 This is bad news for Intel and TSMC. Trendforce says the allegedly now-idle capacity will stall its plans to expand its 3nm production. It will effectively push mass production for multiple customers into late next year, as opposed to the first quarter or two. In response, it has notified its suppliers of its plans to slow down its 3nm expansion so that it doesn’t have equipment gathering dust.

The craziest part of Trendforce’s report is it not only repeats the previous rumors of this delay, but it also states Intel might decide to outsource Meteor Lake’s compute tile to TSMC if it can’t get Intel 4 into mass production on time. That was supposed to be happening in early 2023. That is a scenario we cannot see happening, for many obvious reasons.

This past week, Intel held its quarterly earnings call. On the call CEO Pat Gelsinger said Meteor Lake is still on-target via a transcript from Fool.com. “In 2023, we will deliver our first disaggregated CPU built on Intel 4, Meteor Lake, which is showing good health in both our and our customers’ labs,” he said. In the Q/A portion of the call, Gelsinger followed up on that point definitively. “Intel 4, right, we said is, hey, Meteor Lake, looking good at this point.”