(Image: Chris Leipelt/Unsplash)
Pilots were forced to ground all flights departing from within the United States on Wednesday due to a glitch with one of the Federal Aviation Administration’s (FAA) computer systems. The FAA’s Notice to Air Missions (NOTAM) system is normally responsible for alerting pilots to hazards along their routes. For a few hours, however, NOTAM was unable to update or display any vital safety data, resulting in a total halt in departures across the country.

Airline employees began informing travelers early Wednesday morning that their flights within or out of the United States would be delayed due to a system outage.

Flight delays are never fun for anyone involved, particularly when travelers take to directing their rage at employees—but in this case, that apparently didn’t happen. “Because it was a systemwide, nationwide thing, there was nowhere to direct your outrage, so everybody was being really helpful,” one impacted traveler The New York Times. “And nobody was yelling at the TSA agents.” 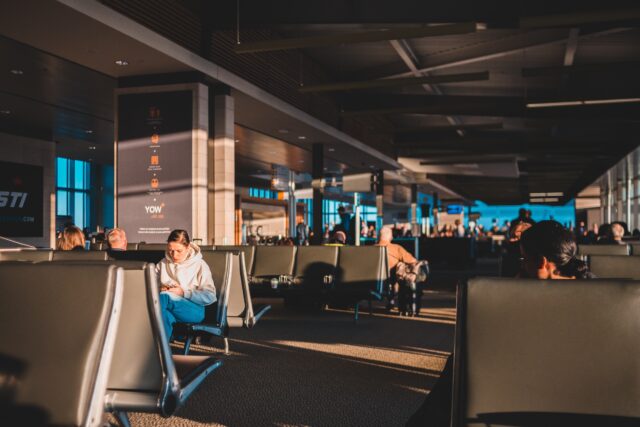 At 6:29 a.m. EST, the FAA that it was working to restore NOTAM and would be conducting a forthcoming reload. But it wasn’t until 8:50 a.m. EST that the agency reported a gradual return to normal operations. By that time, flight tracker FlightAware had taken stock of more than 4,000 . Over 800 flights had been canceled altogether.

The FAA has not provided an explanation for the glitch as of this writing. As one can imagine, this hasn’t helped the influx of conspiracy theories currently cropping up on social media. Transportation Secretary Pete Buttigieg reportedly briefed President Biden on the issue early Wednesday as the FAA was working on its reboot. According to White House press secretary Karine Jean-Pierre, there isn’t evidence for the glitch having been the result of a cyberattack, but the Department of Transportation has been told to launch a full investigation.

“They don’t know what the cause of it is,” Biden told reporters. “They expect in a couple of hours they’ll have a good sense of what caused it and will respond at that time.” There has been no public response since.