(Photo: Microsoft)
Windows 11 offers users a number of ways to customize their desktops. Perhaps the most notable customization option is the noble widget, which can do anything from displaying the weather and the user’s calendar to cycling through photos or conveniently converting international currencies. Soon, there will be a new widget on the block: a Game Pass carousel that shows off the latest titles to join Microsoft’s subscription service.

Microsoft earlier this week that it was introducing a Game Pass widget to the Dev Channel. The widget will display new additions to Game Pass as well as warn users when titles are about to leave the service.

It will also highlight games from certain categories. Although Microsoft didn’t specify whether these highlights would feature categories the user is known to purchase from (versus periodically highlighting various categories of Microsoft’s own choosing), the company did say later on in its announcement that it was excited to offer “personalized recommendations” of games it believes users will love, so it could very well be the former. 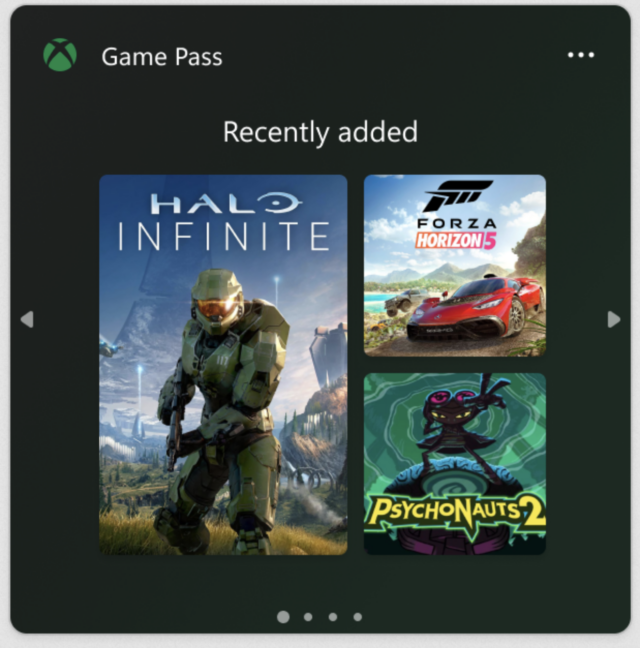 The widget will provide quick access to the Xbox app, where users will be able to check out reviews before choosing whether to give the game a try. On one hand, it’s hard not to envision the widget as a sort of personalized ad carousel that exists on the user’s desktop. On the other, it’s fair that some avid Game Pass users might want to jump on the next big title as soon as it’s available. (After all, that’s what the subscription is for.)

The Game Pass widget-in-progress is likely to be Windows 11’s first gaming-related widget. Unlike Windows Vista and Windows 7, Windows 11 has yet to support third-party widgets, leaving users with a pretty basic set of Microsoft-made options. Though rumor has it Windows 11 will eventually third-party widgets onto its store, we don’t know exactly when that’ll be.