Rising atmospheric temperatures are causing the sand in tropical regions to become hotter. Because female sea turtles nest and lay their eggs on the beach, the hot sand has the ability to impact embryonic development. Sea turtles are somewhat unique in that sex determination doesn’t occur during fertilization; instead, the temperature of the surrounding sand ultimately determines which sexual organs a baby sea turtle develops. Hotter sand means the turtles are more likely to develop female characteristics.

That’s not a small likelihood, either. Bette Zirkelbach, manager of the Turtle Hospital in the Florida Keys, Reuters that 99 percent of sea turtles born in the region over the past four years have been female. That’s because every one of the last four summers has been the hottest summer on record. The Turtle Hospital opened in 1986; this is the highest ratio of female to male baby turtles it’s seen since. 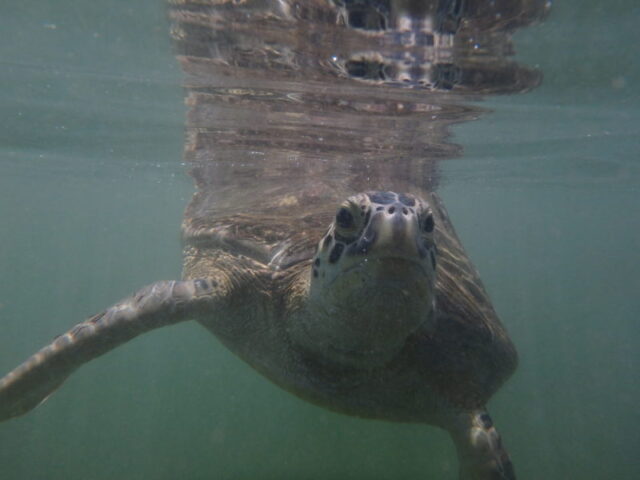 The stark contrast in sea turtle demographics critically affects the species’ chance at long-term survival. Without male sea turtles, females won’t be able to reproduce, which means the population’s numbers will quickly suffer. Organizations from zoos to sea turtle-specific nonprofits regularly maintain breeding programs to help fertilize eggs and ensure newly-hatched turtles’ safe journey to the water. But even these programs will slow to a halt if they can’t identify a sufficient number of male turtles.

“Over the years, you’re going to see a sharp decline in their population because we just don’t have the genetic diversity,” a keeper at the turtle hospital at the Miami Zoo told Reuters. “We don’t have the male-to-female ratio needed in order to be able to have successful breeding sessions.”

Sex-skewing hot sands are just one of sea turtles’ many climate change-related obstacles to survival. NASA that sea level rise and increasingly destructive storms could make quick work of sea turtles’ beach habitats. Currents are expected to change thanks to increasing ocean temperatures, which could subject the turtles to unexpected predators. Higher temperatures are also widely known to threaten coral reefs, which are otherwise good sources of algae and seagrass: two major sources of sea turtle nutrition.