(Photo: Harrison Kugler/Unsplash)
The world’s first “crypto city” is coming to El Salvador, and its cryptocurrency focus isn’t even the only thing that makes it exciting. With a good dose of fanfare, El Savador President Nayib Bukele announced this month that beginning in 2022, the country would be building a “bitcoin city” at the base of Conchagua, an oceanside volcano.

The city will be backed by bitcoin-backed bonds with construction beginning 60 days after funding. During his announcement at the end of a weeklong bitcoin promotional event, Bukele postured the city as an ideal place for both residents and tourists, with restaurants, shops, homes, public transit, an airport, and other standard resources included.

There will also be a central plaza in the shape of the bitcoin logo.

But crypto-mining uses so much energy that electrical consumption pales in comparison, thanks to round-the-clock complex mathematical calculations that unlock new tokens. How will El Salvador’s new city support the vast amounts of power consumed by its reliance on bitcoin? That’s where the volcano comes in. As cool and alluring as a city at the base of a volcano may be, Conchagua plays a practical purpose: to power processing and verifying events on the blockchain with geothermal energy. This involves a system that will extract hot groundwater and convert it to steam, which will in turn power turbines and create energy. 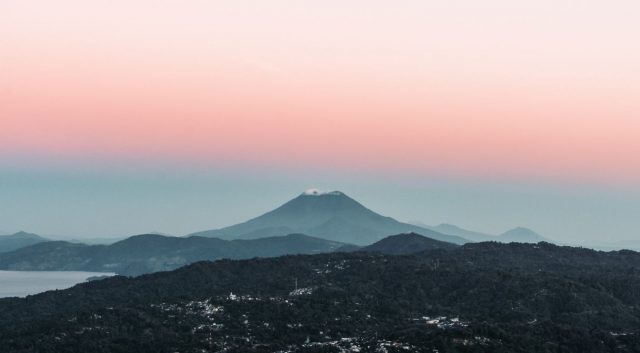 El Salvador already supports a quarter of its electrical grid with geothermal energy, which it harvests from a handful of the country’s 20 active volcanoes. In October its government set up a prototype for the crypto city’s system at the base of Tecapa volcano, though the haven’t been particularly impressive so far. Geothermal energy production, while far “cleaner” than production involving fossil fuels, also impacts natural habitats surrounding the sites of groundwater extraction.

This isn’t the first time El Salvador’s government has aggressively pursued a bitcoin “first,” having made bitcoin alongside the US dollar and requiring that all businesses accept the cryptocurrency earlier this fall. (Whether El Salvadorian citizens like bitcoin’s sudden prevalence on who you ask.) These choices have prompted the rest of the world to question whether popular cryptocurrencies have a place in everyday business transactions. Alex Hoeptner, CEO of cryptocurrency exchange Bitmex, at least five countries will accept bitcoin as legal tender by the end of 2022—but it’s unlikely these countries will have crypto cities powered by volcanoes.