For the third year in a row gamers and press from around the world will not be flocking to Los Angeles to check out the latest the gaming industry has to offer at the annual E3 gaming expo, due to the fact that there is still a pandemic raging across the country at this time. Instead, the event will be online-only, just like almost every other big name conference has been since the pandemic began. Although the larger Consumer Electronics Show (CES) was in-person just last week, that’s only because it was planned prior to Omicron arriving, causing most big name companies to pull out at the last minute, and hardly anyone to actually attend in-person, which is surely something the E3 organizers are hoping to avoid.

The show, which runs in mid-June typically, is organized by the Entertainment Software Association (ESA), which released a brief about the change. “Due to the ongoing health risks surrounding COVID-19 and its potential impact on the safety of exhibitors and attendees, E3 will not be held in person in 2022.” The organization then added some boilerplate copy that reads, “We remain incredibly excited about the future of E3 and look forward to announcing more details soon.” The trade show was scrapped entirely in 2020 as Covid began to spread, and was online-only for 2021, so this year’s event will be the second time it’s had that particular arrangement. 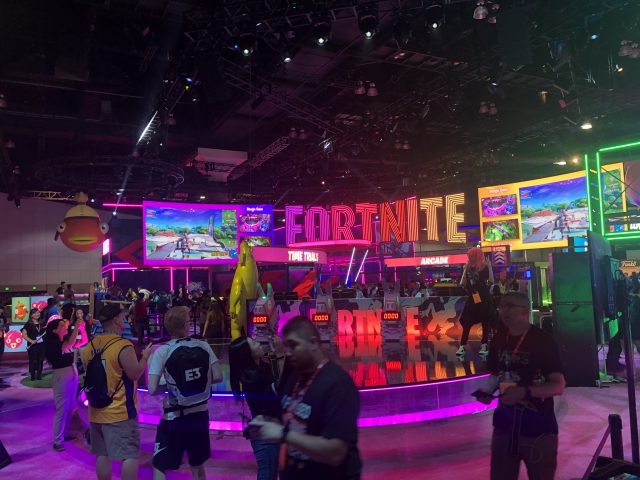 The news came as a bit of a surprise to the gaming world, simply because the show isn’t scheduled for another six months, and during that time it’s certainly possible the COVID-19 situation could be much improved over what it is currently. However, as , trying to get huge companies to dole out large sums of money for booth space now, which would then require them to begin a months-long planning adventure for the show in June is likely a fool’s errand. Nobody can predict what the next six months will bring in terms of the pandemic, so asking companies to participate now is a difficult task, to put it lightly. Despite the future uncertainty, the Game Developers Conference is still slated to take place in San Francisco in at the end of March, and that show’s organizers say their plans have not changed. Proof of vaccination is required to attend, however, and the organizers are also implementing stringent .

Also, the show’s cancellation six months ahead of its scheduled date has raised some eyebrows among the “Is E3 Dead?” crowd, who like to ask if that year’s show will be its last due to dwindling attendance and companies pulling out from exhibiting. The conspiracy goes that the ESA just couldn’t get enough big name companies to attend, so it’s using COVID-19 as an excuse to avoid a trade show bereft of the usual suspects. This is just a theory though, with no evidence to back it up.

In 2019, the last year the show was held in-person, Sony Interactive made headlines by skipping the show entirely, but Nintendo and Microsoft still had a massive amount of trade show floor space to hock their wares. The show floor was also incredibly packed. I was there and remember being elbow-to-elbow with throngs of gamers the entirety of the show. All the big name booths were packed all day long too, and I didn’t even bother trying to get into the Borderlands booth because of how long the lines were. All that is to say E3 is still a very popular show, at least when judged by my “boots on the ground” experience of the last time it was held.

The real question seems to be: With everything being online these days, is an in-person conference even necessary? During last year’s how the top companies were able to pull in millions of viewers for its keynote speeches where they revealed all their upcoming titles. According to , in 2021 Nintendo pulled in more than three million viewers for its keynote, with Xbox pulling in over two million.