Since homo sapiens began to walk upright, PC power supplies have used pretty much the same layout. The power cable from the wall goes in one side, and the connectors are on the other side, facing toward the front of the chassis. This has worked out well, as that layout is compatible with the ATX standard. However, it can create a rat’s nest of cables at the bottom of the chassis, which is why many case manufacturers have begun putting a shroud over the PSU. Now Corsair looks to be trying a different approach to tidying up case wiring: shifting the connectors to the side of the PSU.

Images of this new style of power supply were posted to Twitter by the reliable leaker . The product is appropriately named Shift, and it could signal a new family of power supplies from Corsair. Or possibly, the company will offer its traditional lineup of PSUs but include a “Shift” variant as well.

Corsair will reportedly be offering three versions: 850W, 1000W, and 1200W. The new location for the connectors would have them pointing straight out towards the side panel though. That could make it easier to add or subtract a cable on-the-fly, as PC Gamer . As it stands now, it can be incredibly difficult to access the connectors in a fully built system. Your humble author just went through this and had to dismantle most of my PC just to add a new PCIe power cable for a GPU upgrade. Still, it seems like kind of a messy approach if the goal is to hide cables, and also one that would not work in many ATX cases. 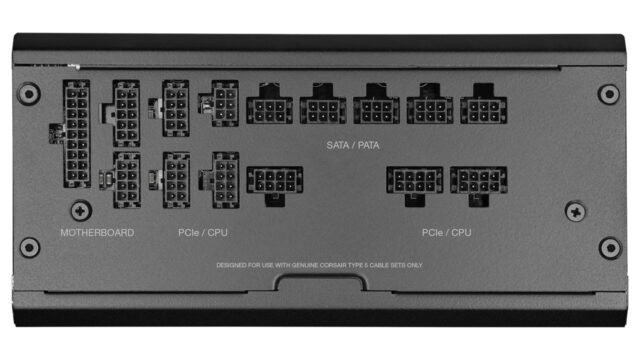 The connection options on the 1000W model. (Image: @momomo_us)

We could see this working well in a case that has a cutout specifically for this orientation but facing the other direction. That’d let you keep all the cables snaked behind the motherboard, poking through cutouts and into your components. Some ATX cases already have this type of layout, but most do not. It would allow for a clean look when peering through the side panel.

It’s even possible Corsair will produce cases compatible with the layout. The vast majority of its current chassis options include a shroud over the PSU area. That type of cover seems incompatible with power cables going toward the side panel. Maybe it’s working on a line of Shift chassis that are focused on cleaner wiring. 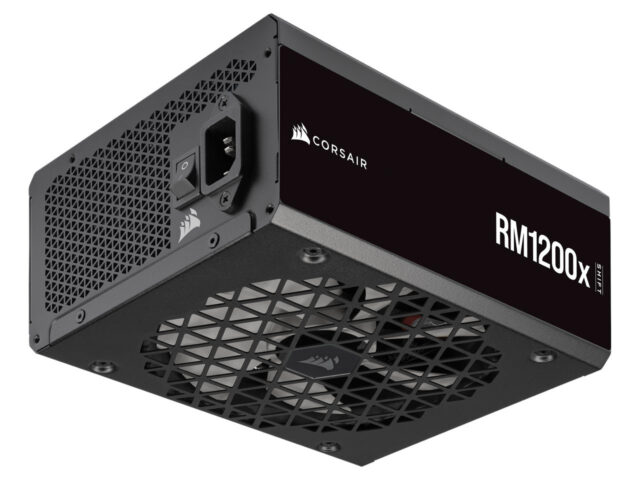 This image is the only one with visible Shift branding on it. (Image: @momomo_us)

For now, we don’t know if this is even a real product. You still have to be leery of what you see on Twitter, and there’s also one thing that’s bothering us. The poster says it’s an power supply, but there’s no 12VHPWR connector. We suppose it’s possible it uses an adapter, such as two-into-one, but that seems unlikely as people want support for it natively without adapters.

Regardless, we hope it’s real because it’s high time for some new thinking when it comes to how we wire our PCs. It’s never been easy to make the wiring clean, but products like this might make it just a tad bit less of a PITA, assuming there’s cases that work with it too.